There's so many new trailers and promo material coming out at the moment for all the upcoming summer films, and its getting me so pumped that I feel like writing about them (oh no...). So without further ado, here is a list of my most anticipated summer flicks... 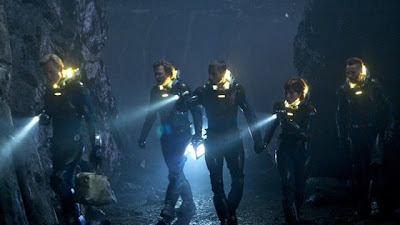 Okay, so for anyone who hasn't at least heard about Prometheus...where have you been?! Its been pretty hard to ignore, with it's massively detailed and extensive marketing campaign going viral over the internet, one might question whether its giving away too much? As for me, I have no objections. As far as I'm concerned Ridley Scott can have my money now. The trailer hasn't disappointed, and hopefully the film won't either, especially with all the hype its managed to generate. I mean, have you seen the Weyland Industries website they've created? Its so intricate and really helps set the scene for what will hopefully be one of 2012's best films. 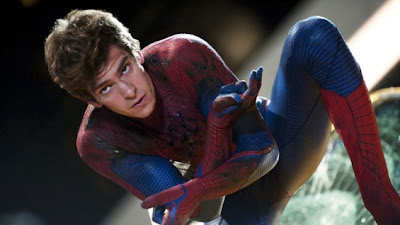 So, Hollywood has decide to milk the cash-cow that is Spiderman. Fans of the 'old' Sam Raimi films have been reassured that this is a reboot, meaning everything from the 2002 film and after is being discarded, reinvented and revamped to attract new fans and basically make more money. This would make more sense if Raimi's version of the franchise was a complete and utter failure...which it wasn't? Which really begs the question, why? And maybe that's the reason I want to see it so much, because I'm curious to see what more they could possibly bring to what has already been a very successful franchise. That, and the fact that Mark Webb (500 Days of Summer) is directing, which could potentially make for an interesting style for such a mainstream action film.

Staying true to the comics, The Amazing Spiderman has lots of potential, but will it's success be jeopardized due to it's release date being sandwiched between two of the the most promising action/sci-fi films of 2012? 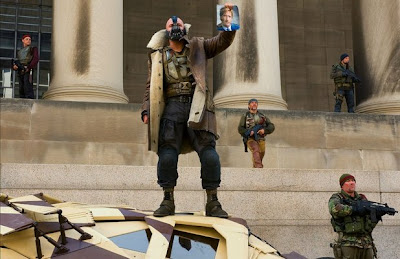 So for me, this is the big one. The epic conclusion to Christopher Nolan's batman trilogy can't come soon enough. I'll admit that when it was first announced that Anne Hathaway was cast as Catwoman I was a little bit skeptical, but any doubts I may have had before have pretty much vanished after seeing the trailer.
With the newest trailer having been dubbed over a few times in order to make Bane's voice more...well, understandable, I can't wait to see him in action. Bane is not only psychologically threatening, but physically he is Batman's equal, having infamously broken Batman's back in the comics. Whether this is done literally or figuratively in the film, it'll be interesting to see, as the choice of having Bane in the last installment is no coincidence. A Batman reboot written by Nolan is already scheduled for 2015, so it could be that as in the comics Jean-Paul Valley takes Wayne's place as Batman's successor, or it could be something completely different, who knows.

I'm also curious to know if Marion Cotillard is playing Talia Al Ghul, despite trying to dispel rumours, it has been confirmed that Joey King is playing a 'young Talia' and the resemblance between the two is quite striking...but again I could be could be completely wrong. It would make sense for her to be in the last film to bring things full circle with Batman Begins. But anyway, I want to try and stop speculating because more than anything I want to go and see it with no expectations ( although I have a feeling that will be pretty impossible), ANYWAY...

Lastly, a completely different kind of film. I think what mainly excites me about Brave is the fact that its a Pixar film, I love nearly all of Pixar's films...except for Cars, but I won't get started on that now. Merida looks like a great little protagonist and its nice that its a girl for a change. As per usual as far as Pixar movies are concerned, the animation looks beautiful, and who knows, could be a contender for 'Best Animated Feature Film' at the Oscars. I think it'll definitely be one to watch, it looks a lot of fun by the looks of the trailer too.

Okay, so now that's all out of my system I can continue fangirling.

Edit: Apologies for the way this is all laid out, I think its due to the template or something because nothing comes out looking the way I want it to, might need to change it soon...