Ain't them Bodies Saints tells the tale of an outlawed man (Casey Affleck) who having promised to one day be reunited with his wife and a daughter he has never met, makes his way through the Texas hills, writing letters as he goes. Its a film I've wanted to see since the first trailer was released. I knew I'd enjoy it, but I came out loving it even more than I thought I would. I can say with great certainty that this was one of the most beautiful films I've seen this year.
Its not a plot that hasn't been done before, but then what isn't. The fact is that David Lowery does it well. Its a story of doomed romance, loyalty and love. Set within the dimly lit rooms of Ruth's (Rooney Mara) rustic Texan home, in the midst of a deep dusky southern town, the story of these lovers unfolds. Peppered with hope, the film still retains a sense of heart-wrenching foreboding, a notion of a future that can never be. 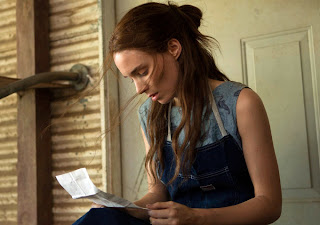 The cinematography in this film can only be described as absolutely stunning. The whole film has this worn, sun-faded feel to it, giving it a sense of nostalgia. Memories are revisited in delicate moments that leave their mark both visually and emotionally by the end of the film. Most notable are the shots of the swaying corn fields, the way in which sunlight is captured through windows, draping its way across rooftops and in slits down shadowy streets. Throughout the film we go in and out of focus as the camera picks out details, like the haze of faded memories, captured on film like the creased photo of Ruth and Sylvie that Bob keeps on him as a reminder of what he is running for. 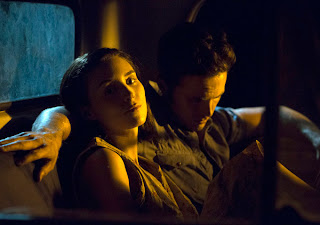 Unlike Bob and Ruth's hopes, the plot itself doesn't feel so far out of reach. The characters feel real, relatable. Their actions are clear, and I think its mainly down to great acting on Mara and Affleck's parts that its so easy to empathise with these characters. Despite the negative presentiment that things can't go right, you still find yourself rooting for these characters, hoping they'll be okay.

The soundtrack was also beautiful, going hand in hand with each scene, it adds to the overall nostalgic feel of the film. The strings reminded me a little of Gustavo Santaollala's famous score for 2006's Babel, though it had moments that also managed to feel like an old camp fire song with repetitive claps that become one of the leitmotifs of the score. It really is quite unique and worth giving a listen if only to get a feel for the film itself. 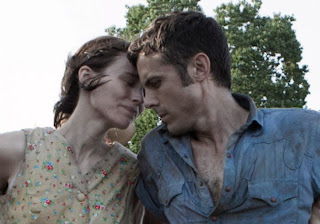 I know I may have said it with other films I've reviewed this year, but honestly I think this is my favourite film of 2013. I really hope it gets some recognition either at the Globes or by the Academy because honestly I thought it was great, a really beautiful film that exudes this powerful yearning that stays with you long after the film is over. Some may say that the trailer gives off a vaguely Malick-esque feel, but having seen it I can confirm that Ain't Them Bodies Saints isn't nearly as pretentious. Seriously. Not even a bit. Its beauty lies in it's simplicity. It isn't trying to spread some philosophical message or convey some deep meaning, it simply aims to tell the tale of these two people who are in love. Its raw, sensitive and unassuming. A tangible story of tragic romance, as simple and endlessly complicated as that.