The Problem With Modern Horror Films

So last week I went to see the sequel to Hammer's Woman in Black. The film is set during World War 2, and two school teachers are left to care for a group of evacuee children. In order to protect themselves from the bombings going on in London they go to stay in a creepy ass haunted house in the middle of a deserted island, so definitely much safer.

Anyway, 98 minutes later, head pressed against my palm, I was thankful to see the end of it. It's not that it was especially bad it had just simply, like many horror films today, fallen victim to the many common pitfalls and conventions that make most modern horror films so darn predictable, and as a result: less scary.

Now don't get me wrong, I'm a big fan of horror films. It's just that the more I see, the more predictable they become. Why?

One of the reasons for this is the overuse of 'Jumpscares'. They're the cornerstone of almost every modern horror film. They also happen to be the cheapest, most predictable way to scare an audience, and what they essentially boil down to is a build up to a loud noise or sound effect. You can spot them coming a mile away, whether you watch many horror films or not - you get about 5-10 seconds to brace yourself before something appears 'unexpectedly', and even then it might just be a cat, or a bird. But whether they're false alarms or not, the overuse of jumpscares in horror causes the opposite effect desired and actually helps diffuse tension within a film rather than create it. Once you're given the audio and visual cues to anticipate a scare, the suspense is lost. When it's over you're allowed to breathe a sigh of relief, have a nervous laugh and mutter 'oh, it was just (insert totally normal occurrence here).

This isn't horror. The sad part is, because so many horror films today fall back on jumpscares as a cheap and easy scare tactic, many audiences now measure how scary a film is by how many times the film can make them jump out of their seat with a simple noise. When an audience is made to associate scariness with loud noises throughout a film, the tension will dissipate, leaving the finale feeling bland and perhaps quite unsatisfying in comparison. As a result, the meaning of true horror has been lost to many movie-goers.

That being said, the issue with modern horror films goes deeper than that. As an audience we're often dragged away from reality too quickly, with no real immersion in the film, our suspension of disbelief is broken down, leaving us able to ask questions like:

Why Are These Characters So Dumb? What many film makers today don't seem to understand is that horror films can still be scary without
having unrealistically dumb characters. Kids are dying inexplicably since you came to this creepy abandoned house in the middle of nowhere? Why not leave? Imagination playing tricks on you? Why not see a doctor? I could go on and on. Call me cynical, but it's hard to relate to a character when they seemingly have no common sense. And the film doesn't have to end with a good, sensible decision.

Take The Babadook for example. It was one of the best horror films I've seen in a while, and the lead character played by Australian actress Essie Davis was so believable in her role. For anyone who hasn't seen this film it's about a single mother struggling with grief at the loss of her husband, while also having to guide her troubled son through his fear of a monster called the Babadook. The film works on a disturbing, psychological level due to its smart use of metaphorical imagery, creating depth in a film that could otherwise just be written off as another monster movie. It's about a mother and her son's grief and depression and how this manifests, allowing the plot to go to some pretty interesting places. The monster isn't overly shown, and the characters have believable motives behind their actions.

In my opinion, The Babadook was an interesting twist on quite a traditional idea, and was by far one of the best horror films of 2014 due to it's originality. Leading me to my last point...

Stop With The Pointless Sequels, Prequels And Remakes

Honestly, going to see Annabelle at the cinema was definitely one the biggest wastes of both my time and money last year. It was utter garbage. Not least because it was leeching off the success of one of the better modern horror films of our time. The trailer made it look like it had at least somewhat of an interesting premise, but ultimately it was just a complete let down with really obvious scares, most of which had already been shown in the trailer anyway. 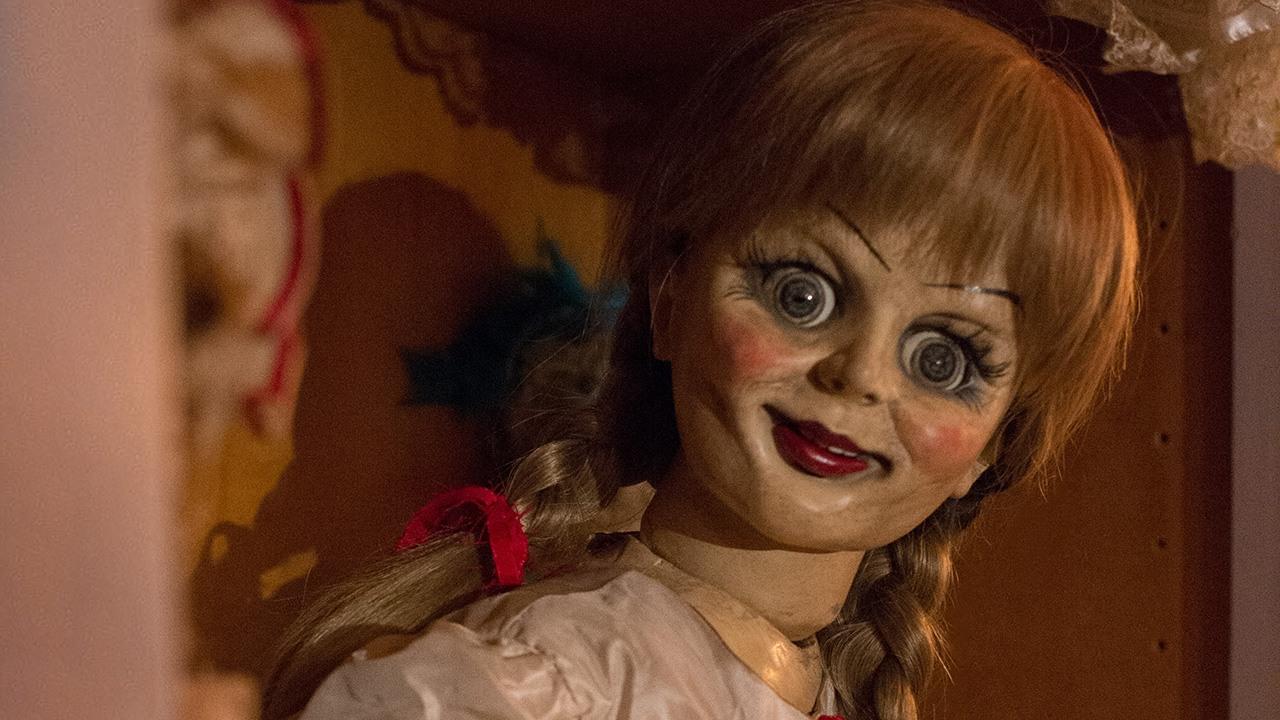 As a general rule with any genre film, the sequel usually won't top the original. However, nowhere is this more evident than with horror films, take a look at the Paranormal Activity franchise for example. Why are there so many, they're awful? Here's why: most horror films operate on the base of a very low budget, meaning that generally they end up making a lot of profit, even if compared to other big budget films not as many people are seeing them. Studios pay attention to these box office figures and know they can make a lot of money by spewing out crap like The Woman in Black 2,  or a half-assed remake of Nightmare on Elm Street. Going back to Annabelle, it was made on a relatively low budget of 6.5 million dollars, and managed to gross over 37 million, just in it's opening weekend. That's crazy! And that's the reason why however much it might pain me to see a classic horror film remade, or a pointless sequel released, I know there's nothing I can do.

Do you see now why I'm cynical? As long as people pay to see these films, studios will keep making them. Stick together people, it's a hard time to be a fan of horror films.