'I love you, because you are the only person who made sense of me. And made me, possible.'

Adapted from David Ebershoff's fictionalized account of the life of Lili Elbe (Eddie Redmayne), formerly Einar Wegener, The Danish Girl honours the transgender pioneer's journey as she discovers her true self, with the support of her wife Gerda (Alicia Vikander). Directed by Tom Hooper - notable for The King's Speech in 2010, and his 2012 adaptation of the internationally renowned musical Les Misérables - he crafts the course and evolution of what initially seems like a perfectly ordinary marriage. Both partners must come to terms with and weather the changes that unfold as Lili gradually realizes her transition, as their union disintegrates from one of romantic partnership, to deep platonic support and sisterhood.

One of the best things about this film, aside from its performances, is the perfection of its timing. At the end of a year that has seen the likes of Caitlyn Jenner making headlines on account of her brave yet controversial gender reassignment surgery, and celebrities such as Laverne Cox and Carmen Carrera becoming more and more prominent within popular culture, it seems that at least in part, society is becoming more aware of and open to the idea of gender fluidity, as well as sexuality as a flexible and indefinite concept. This is of course fantastic news, especially when you reflect upon the fact that the events the film were based on occurred less than a century ago in late 1920's Denmark. Lili, being one of the first documented subjects to undergo what was at the time, an extremely risky and experimental surgery makes for a fascinating character study. 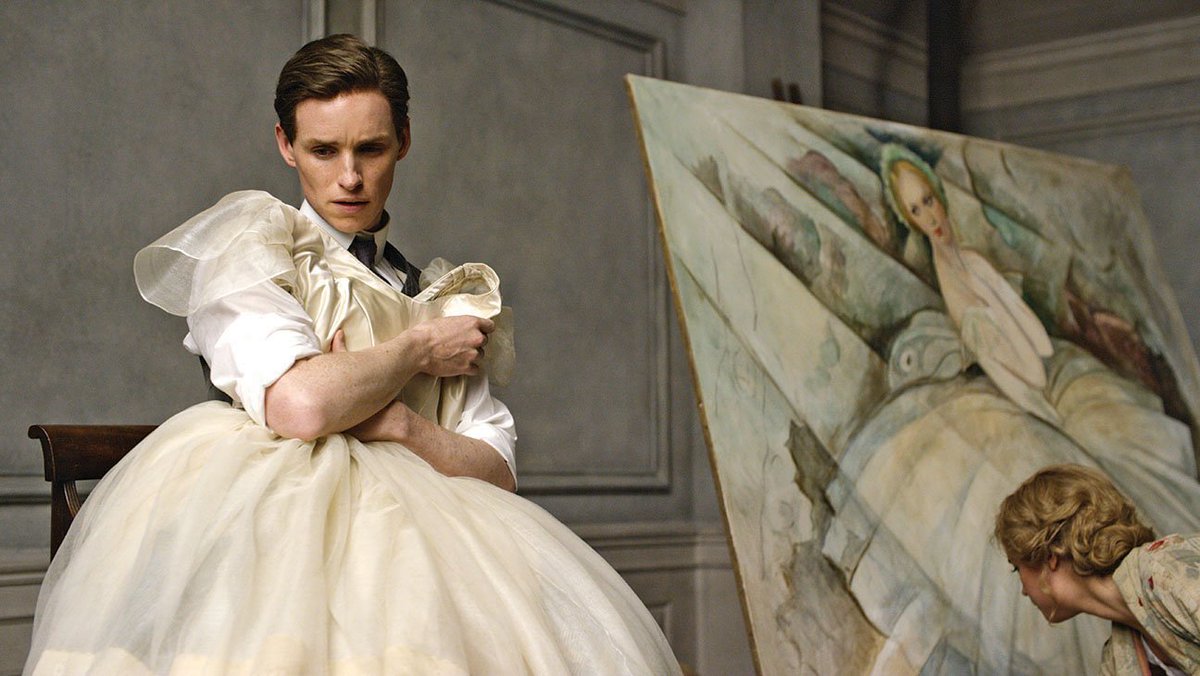 While there has been much controversy over the casting of Eddie Redmayne in this role over, say, an actual transgender actor, what Redmayne brings is something else. As we witness his character prior to transitioning during the realisation period, and throughout a course of self-discovery, it seems rather apt having a cis-gendered male play the part, as it comes less naturally than it perhaps would to someone who already identifies as transgendered. As a result, his awkwardness, fragility and porcelain demeanour are palpable, particularly in the earlier stages of the film. The character grows more confident over time, with Lili truly coming into her own by the end. Redmayne manages to embody both her elegance and the subtle shift in her demeanor as she faces the reality of an identity not easily tolerated by the world around her, quick to label her as mad or unhinged.

Initially Nicole Kidman was considered to play the role of Lili, but thankfully Hooper opted out of what would ultimately have been the counter-intuitive decision to cast someone of the character's target gender, a decision which would have meant avoiding any aversion the viewing public may feel towards the subject, and rendering it meaningless. Redmayne's distinctively androgynous look translates well across both genders, while still providing an element of shock to an audience accustomed to seeing him in solely male roles. Having to become someone of a gender he doesn't identify as in reality also showcases the truly metamorphic nature of his acting capabilities. Having only recently won awards for his portrayal of Stephen Hawking in The Theory of Everything, Redmayne is quickly making a reputation for himself in the upper echelons of Hollywood's most promising young actors.

Meanwhile, Vikander delivers an equally strong performance as Gerda. The film doesn't content itself merely by constructing the confusion that Einar/Lili faces, but Gerda too. She begs great sympathy, even in her quiet moments. She begins as an outwardly hardy and fairly masculine personality when juxtaposed with Einar's sensitivity and tenderness. We watch as she deals with the internal struggle of needing her husband's support, and her compassionate yearning to help Lili find herself. When it's made clear that Einar and Lili can't co-exist harmoniously, Gerda seeks comfort in Einar's childhood friend Hans (Mattias Schoenaerts), looking to rebuild herself in order to stand by Lili.

Visually stunning, The Danish Girl presents a tastefully refined ode to a figure who laid the groundwork for the growth of the transgender community. Admittedly a little romanticized in parts, it still succeeds in being a warmly empathetic portrayal of the struggle many trans people face, with the added difficulty of the rampant homophobia of the time. Particularly heart-wrenching is Einar's confession that suicide had felt like a viable option, if only for the fact that doing so would also kill Lili, something that luckily prevented him. The fact that this is almost certainly a feeling that can be echoed throughout the trans community makes it all the more hard-hitting. The dialogue is superb and flows beautifully, deftly putting across ideas that could so easily be clunkily botched with oversimplification. One of the film's most poignant quotes uttered by Redmayne, perhaps aimed at any doubters or cynics in the audience perfectly encapsulates his situation: 'God made me this way, but the doctor is curing me of the sickness that was my disguise.'

It may not be perfect, but the film really makes you ache for its characters, while being careful not to overwhelm with anything crude or insensitive, mindful not to upset the transgender community it's trying to reach out to, nor the casual movie-going public.